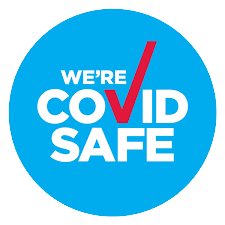 Established in 1966 by John and Anne Singleton, Singletons Meats or Singos Meats as it is known today has been serving the Coast for over 48 years.

With several stores opened by the mid eighties, John was the first butcher within the region to start the bulk sale of meat to the general public.

His son, Dean Singleton, served his time with his dad before branching out - opening his own store at Ourimbah and expanding rapidly with a young person's determination.

In 1998 John Singleton decided it was time for a change and sold the business to Dean, Anne & Sharon, shortly there after the determination that had seen Dean succeed at Ourimbah was driving his new venture forward at a rapid rate.

Singos Meats opened in Broadmeadow in 2011, along with our Superstore at Erina and our legendry Gosford store, "48 years young and still going strong"... the future is exciting......

Singos guarantees the lowest prices and the highest quality, and back this with a money back guarantee.

The business is a long time supporter of the local community, sponsoring several sporting clubs, schools and charities including the Ourimbah Football Club and local Olympian Jamie Pittman.

Come and create history, shop with Singos and enjoy the benefits!